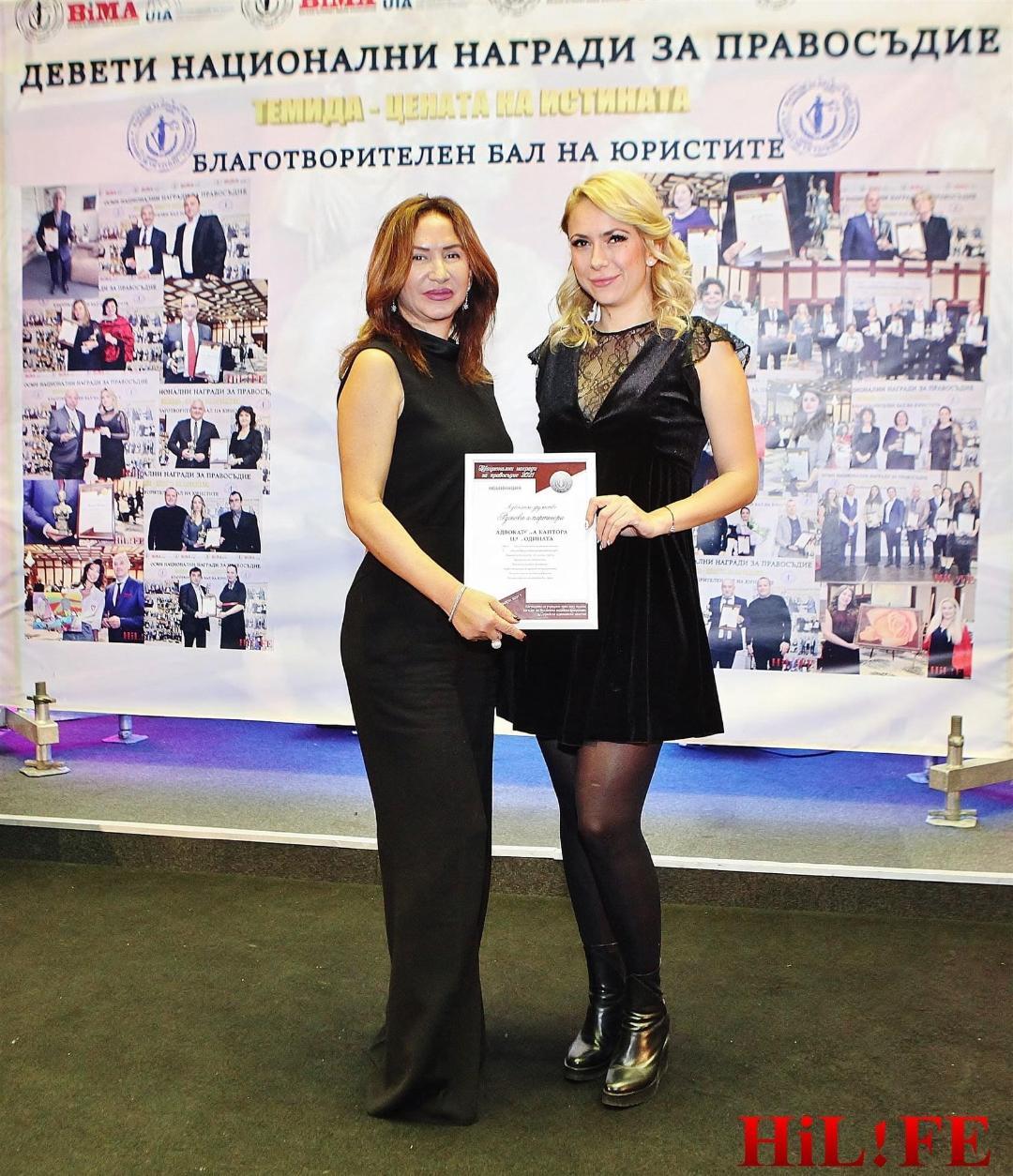 On December 3, 2021, the Annual Legal Charity Ball was held at the Marinela Hotel, where the Ninth National Awards for Justice were presented.

The Ruskova & Partners team expressed its gratitude for the nomination and promised to continue fighting to protect the rights and interests of its trustees.

“It was undoubtedly an honor to stand next to the winner “IUSAUTHOR” and the other nominated colleagues from “Shilev and Co” and from “Dimitrov and Partners”, said the managing partner Ms. Kamelia Ruskova. 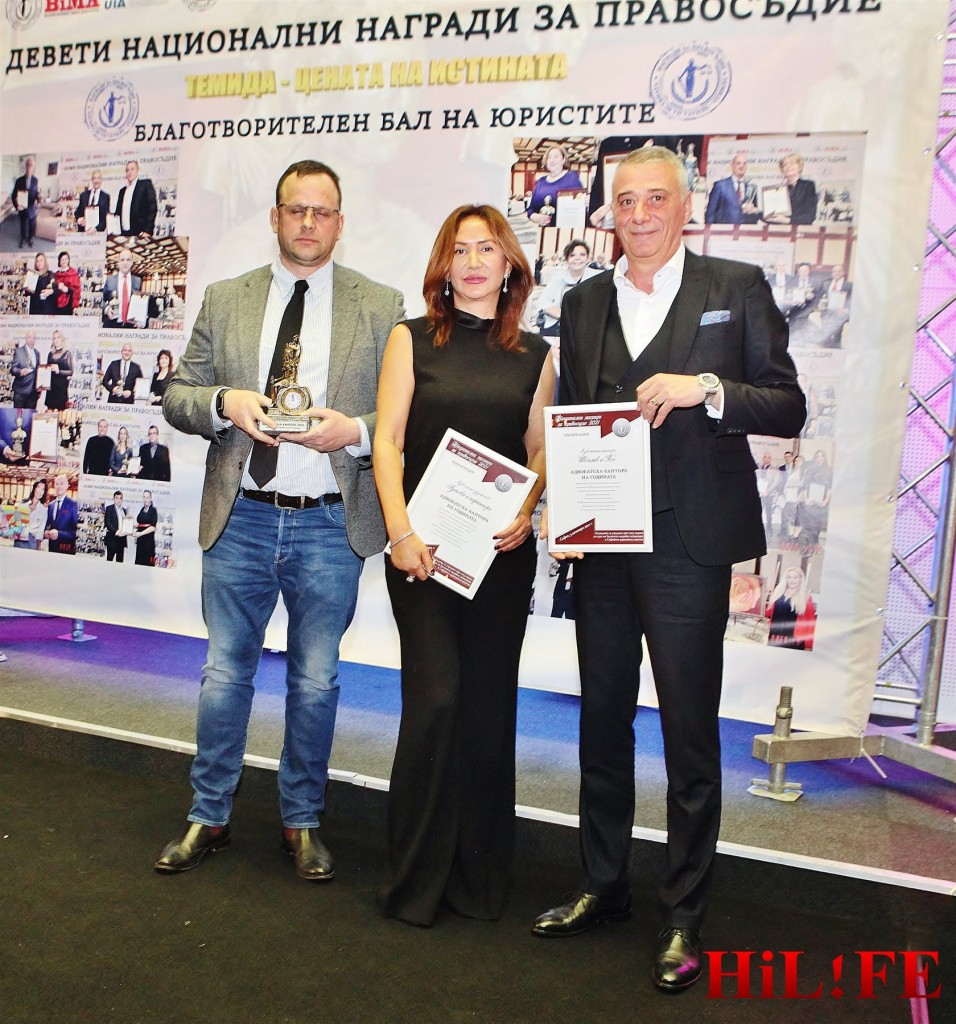 Key highlights of the event were the receiving of the Grand Prize for Justice at the Ninth National Justice Awards by 92-year-old Judge Trendafil Danailov. He is the Bulgarian judge in the “Antonov” case, and thanks to him, the accusations against Bulgarian citizens that the Italian court linked to the assassination attempt on Pope John Paul II have been mitigated. The award comes 40 years after the world started talking about a Bulgarian trace in the assassination. The statuette and his diploma were presented by Professor Ognyan Gerdjikov and attorney-at-law Lyudmil Rangelov. The entire legal community in the hall – more than 220 people, stood up and applauded Trendafil Danailov, who was accompanied by his family. He said he had the pleasure of working for more than 50 years as a judge and a little over 20 years as a lawyer.

The invitees in the ballroom were solemnly greeted with a special video by Mariana Kancheva, the Bulgarian judge at the EU Court in Luxembourg, who this year was part of the professional jury determining the nominations and winners, along with Professors Gerdjikov and prof. Semov and attorney-at-law Vladimir Donchev. 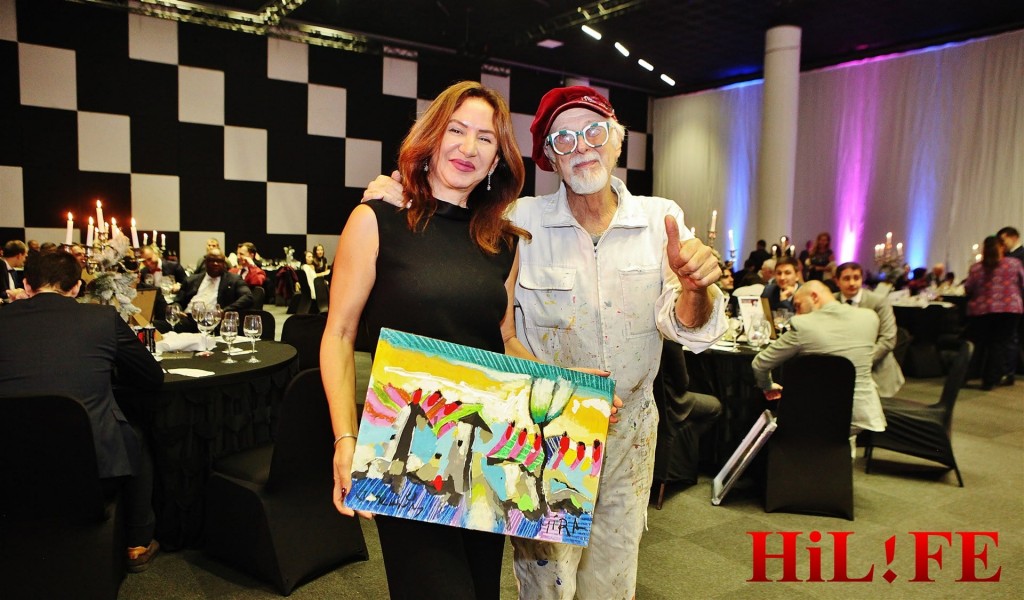 The fact that through the charity auctions for the sale of paintings by famous Bulgarian artists was collected the largest amount ever – 25 400 BGN was a very pleasant surprise.

Our team supported passionately the cause and left with five of the paintings put up for auction and would like to take this opportunity to thank solemnly again for the wonderful choice of cause and for the opportunity to help children with cerebral palsy.

We also thank the team of organizers for the excellent work!

We combine modern way of thinking with proven long-standing experience ...

… Because you deserve it!